DJ Adon is the greatest representation of « Tarraxinha » in Spain due to his highly charged, sexy, strong, « dark » and sensual kizomba/tarraxa sessions. He is known as « The Tarraxa King ». DJ Andon has been the resident DJ at « Bembé », « Perfect World » and « Salsa But » in addition to being the feature MC at some of the top events and congresses in Spain. His professionalism has allowed him to work with Mika Mendes as a DJ on two occasions and with G-Amado on one occasion in Madrid.

Resident in Madrid, after his early beginnings in dance, and music with piano as main instrument, started as a DJ with the Ballroom Dancing in 1998. Years later he began devoting to Latin rhythms, and in December 2009 made the leap to Afro-Latin world, enhancing and guiding his career to Kizomba, Semba, Afrohouse, Kuduro etc., becoming finally the first Spanish Kizomba DJ, recognized in Spain and abroad, taking part in a short time in many international congresses. 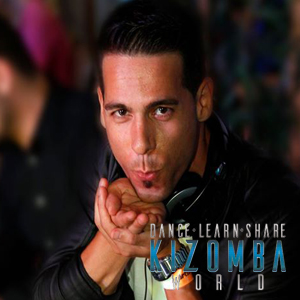