Born in Tenerife, Canary Islands, Spain , currently living in Barcelona since 2015, Susie has studied piano for a period of 5 years during her early childhood, along with other musical instruments like drum and bass during her teens. Raised in NYC, she developed a passion for the RnB and Hip Hop genre for several years, which has influenced her love for kizomba, when she discovered it in 2010, and has been DJing since 2013. That same year, she also discovered and fell in love with Brazilian Zouk and is resident DJ in both Zouk and Kizomba parties all over Barcelona. She is the first and only female kizomba DJ in Spain to date and is currently a finalist for the National Golden Headset Kizomba DJ Competition 2018 held in Madrid representing Barcelona. She first began her training in Lisbon in 2015 under Sergio Bandera (Resident DJ for Barrio Latino and the famous River Party) and Oceano Pinto (Resident DJ for B.leza Club). She currently studies electronic music and production at the Professional Plastic Academy for DJs in Barcelona earning an oficial title granted by Pionner DJ. She has also played in notorious kizomba cities such as Lisbon in the famous Kizomba Club, “B.leza” and Paris, as well as doing warm up and sharing the booth with well known world class DJs such as DJ Barata and Paparazzi. She has a versatile style and enjoys both the beautiful soulful sound of kizomba, semba, and cabo love as well as the deep hardcore electronic sound of tarraxinha, afrobeat and instrumental beats. 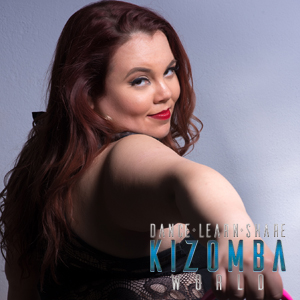